At a ceremony held on Friday in the City Council chamber, three members of the Pawtucket Fire Department were officially sworn in to their new roles in the department as Public Safety Director Antonio J. Pires presided over the ceremony alongside Assistant Chief Mercer. 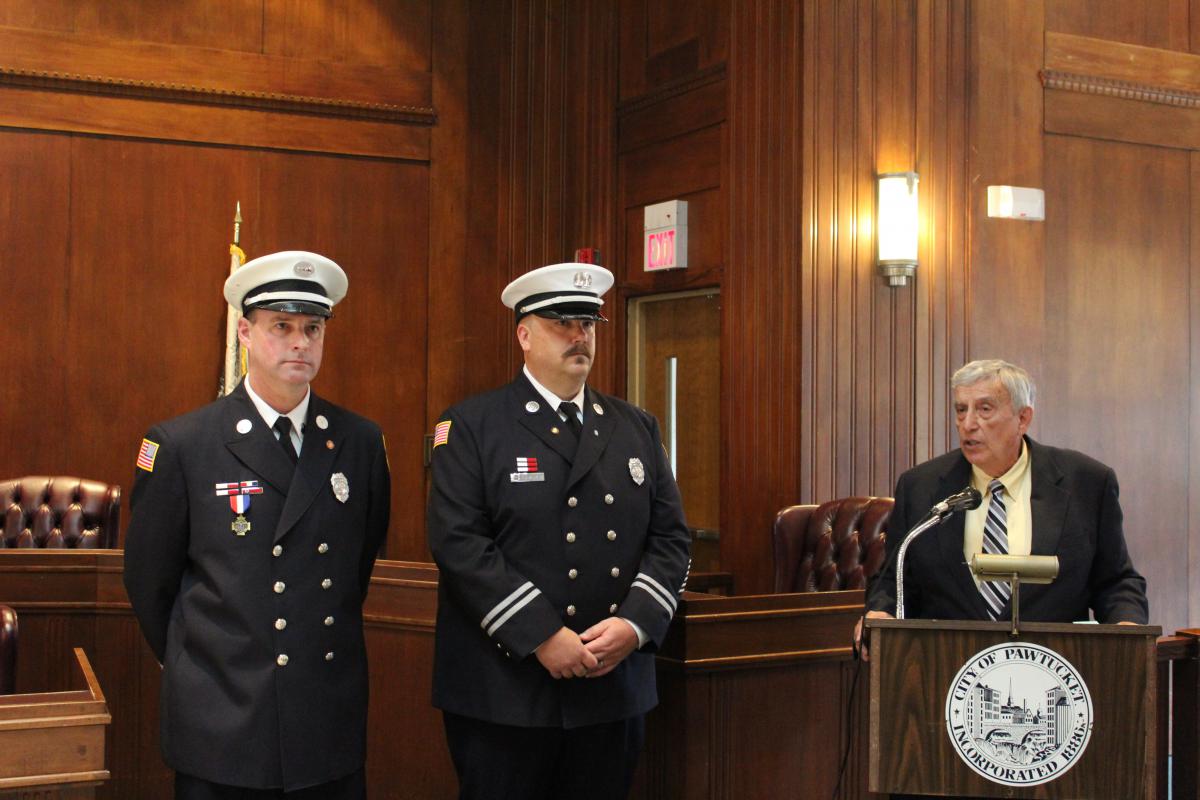 The ceremony began with Public Safety Director Pires swearing in of the Reverend David G. Thurber, Jr. to the rank of Fire Chaplain. After being officially sworn in, Assistant Chief Mercer had the honor of pinning Fire Chaplain Thurber’s badge on him. Fire Chaplain Thurber replaces Father Galligan who previously served in that role.

Next, Raymond J. Masse was promoted from the rank of Lieutenant to his new rank of Captain. Captain Masse is a 19-year veteran of the department who in the past has served as the President of the Pawtucket Fireman’s Relief Association honoring retired and deceased members of the Pawtucket Fire Department. He has also served as Fire Instructor, Fire Safety Officer and Fire Company Officer. His Captain badge was pinned on him by his three daughters, Maggie, Kate and Emily.

After the ceremony, family, friends and co-workers gathered to offer their congratulations to the three newly-sworn in officers.