While completing some recent upgrades to McCoy Stadium, the PawSox front office had determined a set of recently-purchased bleachers would need to be removed as the bleachers were slated to be replaced by new picnic-style tables. The team reached out to Pawtucket City officials stating that they would like to donate the bleachers to the City.

“The City is very happy that our partners at the PawSox thought of Pawtucket when considering what to do with the bleachers,” said Mayor Donald Grebien. “The bleachers will be put to great use at one of our local facilities and will add value to whatever venue they are located,” continued the Mayor. 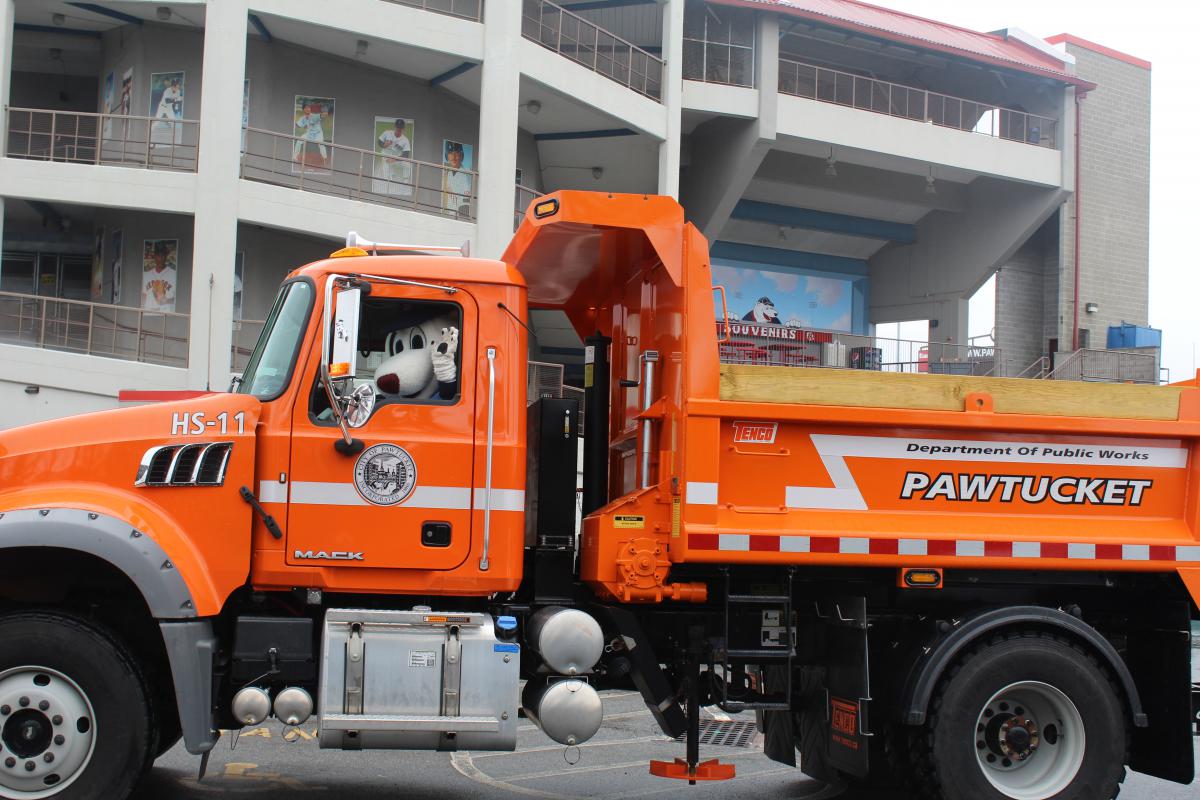 Today, Department of Public Works employees were greeted by Paws, the beloved mascot of the PawSox, as they were at McCoy Stadium to retrieve the donated bleachers. “On a cold, rainy day, it was nice to have Paws lend us a helping hand with the bleachers,” said Joseph Wilson of the Pawtucket DPW. “It brightened the day for the guys there working and really has me looking forward to opening day at McCoy.” 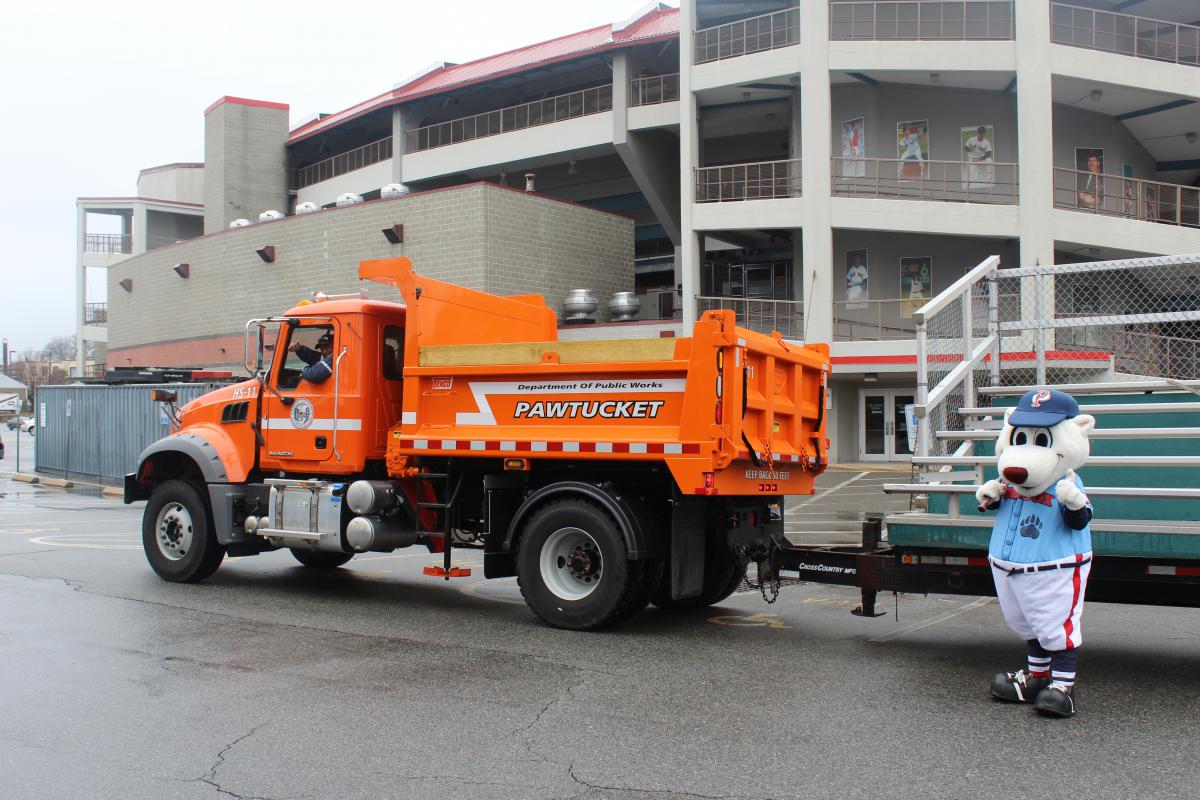 Pawtucket DPW workers, along with Stadium employees, loaded the section of bleachers onto a trailer for them to be transported back to DPW.  The City’s Department of Public Works, in conjunction with the Parks & Recreation Department, is currently determining best destination for the bleachers.