New Crosswalk Installed at the Corner of Broadway and Blackstone Avenue

The City has announced that a new crosswalk system has been implemented at the intersection of Broadway and Blackstone Avenue which features a rectangular rapid flashing beacon with a crosswalk in-road warning light system.

What separates this new crosswalk from some of the older crosswalk systems is a series of flashing lights that serve as a warning to approaching motorists and increase the visibility of pedestrians within the crosswalk, particularly at night. Essentially, a pedestrian walking within the sidewalk would approach the crosswalk, where they would find an upright steel pole with a button on it, the purpose of which is to activate the lights not unlike most standard crosswalk systems. However, when this system is activated, lights will immediately flash on both the pedestal and within LED lights embedded in the pavement on both sides of the crosswalk for approximately ten seconds. 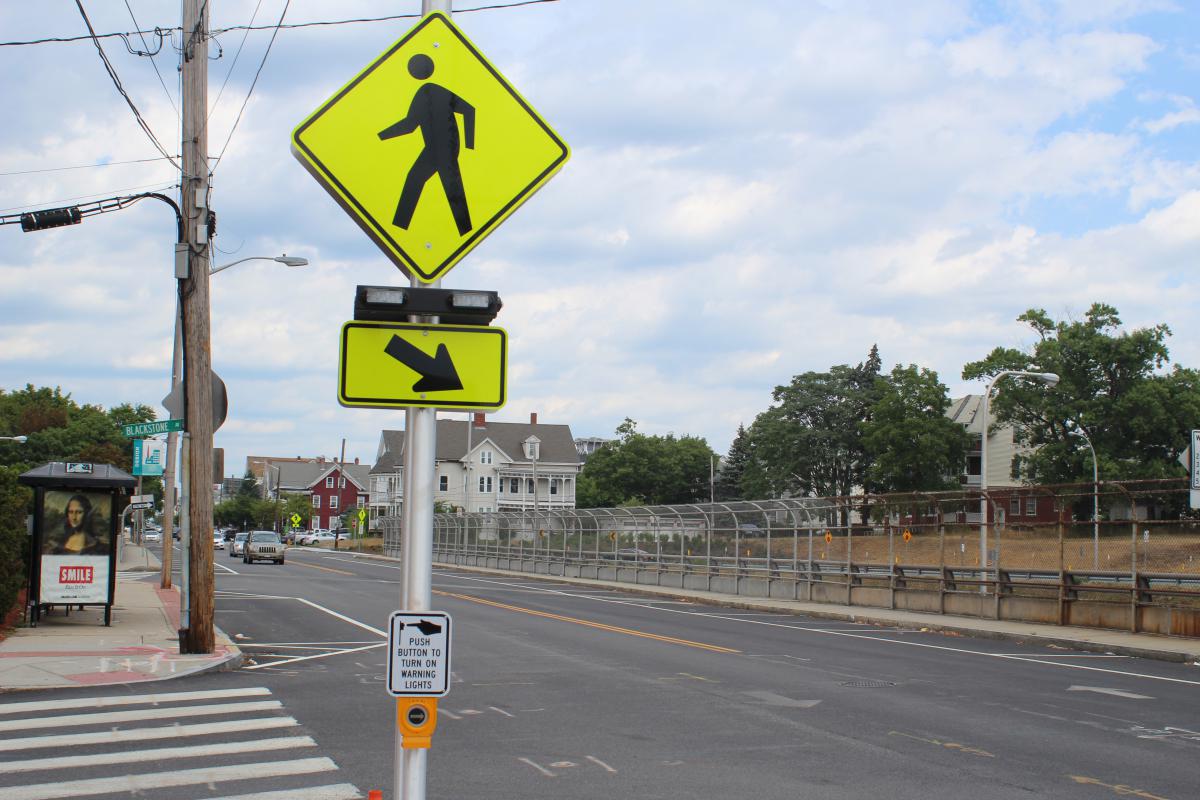 “This crosswalk system, to our knowledge, may be the first such installation in a municipal right-of-way setting in RI other than those found at T.F. Green Airport,” stated Andrew Silvia, Chief of Project Development for the City of Pawtucket, after consulting with the project engineer, contractor, electrical subcontractor and DPW staff. The administration and the City Council collaborated on the installation of the crosswalk after hearing from nearby residents at Doyle manor that use the crosswalk frequently. “The input received from residents was very helpful in implementing this state-of-the-art system,” said Silvia.