Mayor Honors Boy who Raised $5,000 for Operation Stand Down

Pawtucket - Mayor Grebien honored Zachary Gosselin, who helped raise over $5,000 in partnership with the Pawtucket Red Sox for the military charity Operation Stand Down Rhode Island. Twelve-year-old Zack. who joined the Mayor with his father John Gosselin and George R. Luttge representing Operation Stand Down, has raised over $15,000 in donations to numerous causes since 2012.

“Zack is a remarkable young man with a bright future,” said Pawtucket Mayor Donald R. Grebien. “His commitment to helping others and getting involved in charitable causes shows a maturity well beyond his age.” 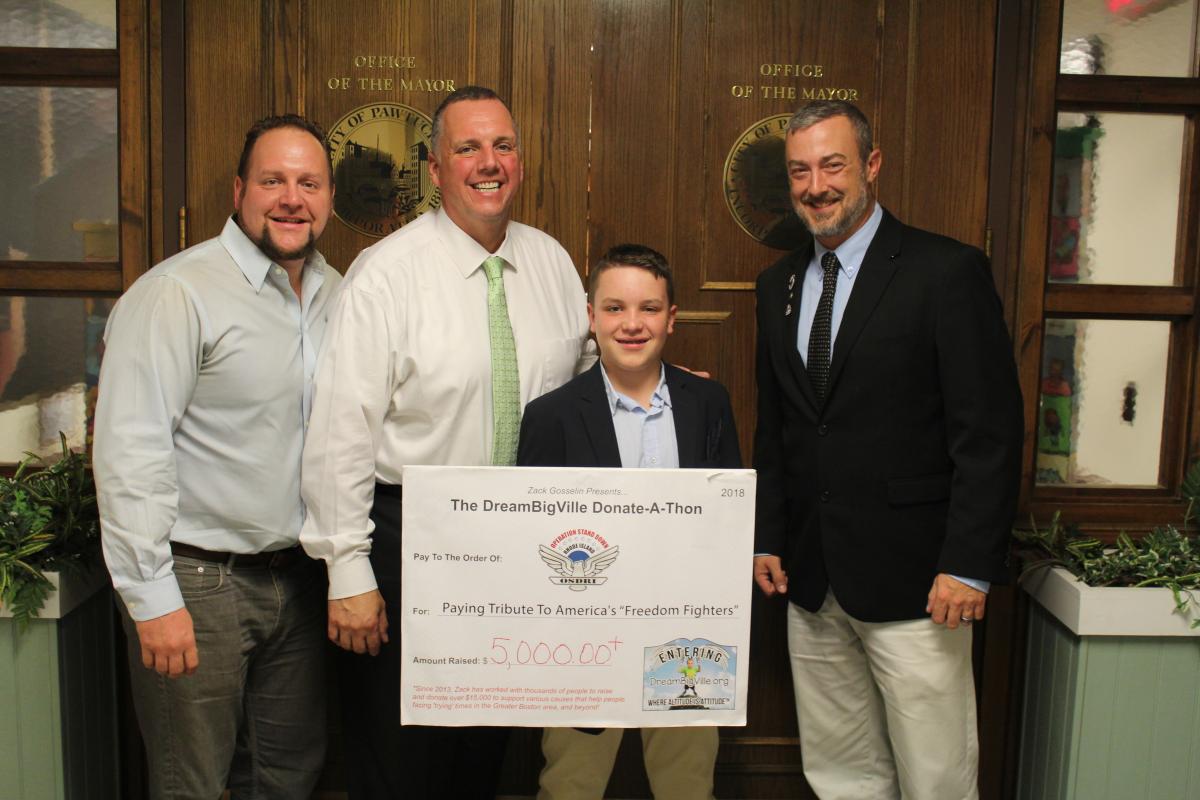 Zach celebrated his 12th birthday in July, having thrown out the first pitch at a Pawtucket Red Sox in McCoy alongside over 100 US Armed Forces veterans, which prompted a visit to Mayor Grebien’s office.

“Over the last 6 years, I've learned that being an elite athlete on the playing surface or star student in the classroom is wonderful. However, nothing compares to the amazing feeling one receives when they raise the level of hope for somebody facing 'trying' times in life. It is purely magical what can happen when we lead with our hearts to do-good for another in life!” said Zack.

“The support Zack has gotten from his donor base and supporters of his events, and the willingness of elected officials and the business community to go above and beyond when recognizing how cool what Zack is doing to make the world a better place, continues to amaze us,” said John. “Since Zack was just a few months old, I have told him that if he brings value and peace to others in life, the world will reward him in the most amazing ways! And meeting the Mayor was just another example of just how true that statement is!”

Operation Stand Down Rhode Island’s mission is to help veterans secure stable housing and employment as well as other assistance according to individual needs including case management, basic human needs, referrals, and education and training services.