On a sunny Monday morning, Mayor Donald R. Grebien gathered in front of 249 Main Street in Pawtucket, with members of the community to celebrate the grand re-opening of the facility after some welcome renovations and upgrades were completed.

A crowd gathered outside the facility to hear speakers talk about what Anchor Recover means to them and to the City. While making his remarks, Mayor Grebien stood behind a podium that bore a picture of Jim Gillen, an advocate well-known in the Anchor Recovery community who passed away last year after losing his battle with cancer. “The sun is shining for the first time in a while this morning as we prepare to reopen the facility and I happen to think that Jim Gillen has something to do with that,” said Mayor Grebien addressing the crowd. “Jim would be proud to see the work that has been done here,” added the Mayor.

After remarks from Michelle Harter, the Manager of Anchor Recovery, along with Assistant Manager Michael O’Neill, the ribbon was cut to cheers and applause from the crowd. The doors were then opened, allowing everyone to see the renovations that have been made. 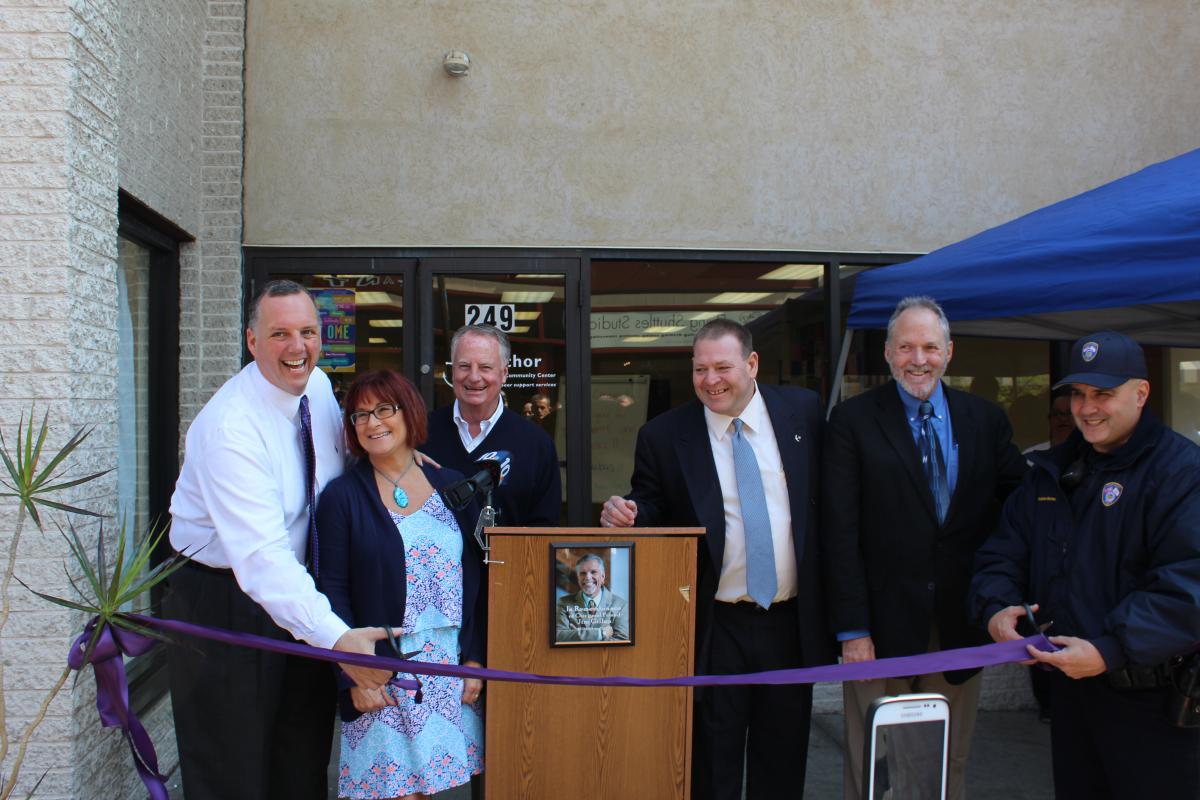 The changes are immediately evident to those familiar with the facility. Previously, industrial carpet and tile covered the flooring. The flooring has been replaced with bright, laminate wood from wall to wall. Freshly-painted walls and trim highlight the new bright and comfortable space at Anchor.

“I know that these renovations will contribute to making this making this best possible environment for people to receive the help, support and treatment that they need to overcome their addiction,” stated Mayor Grebien when talking about the renovations.